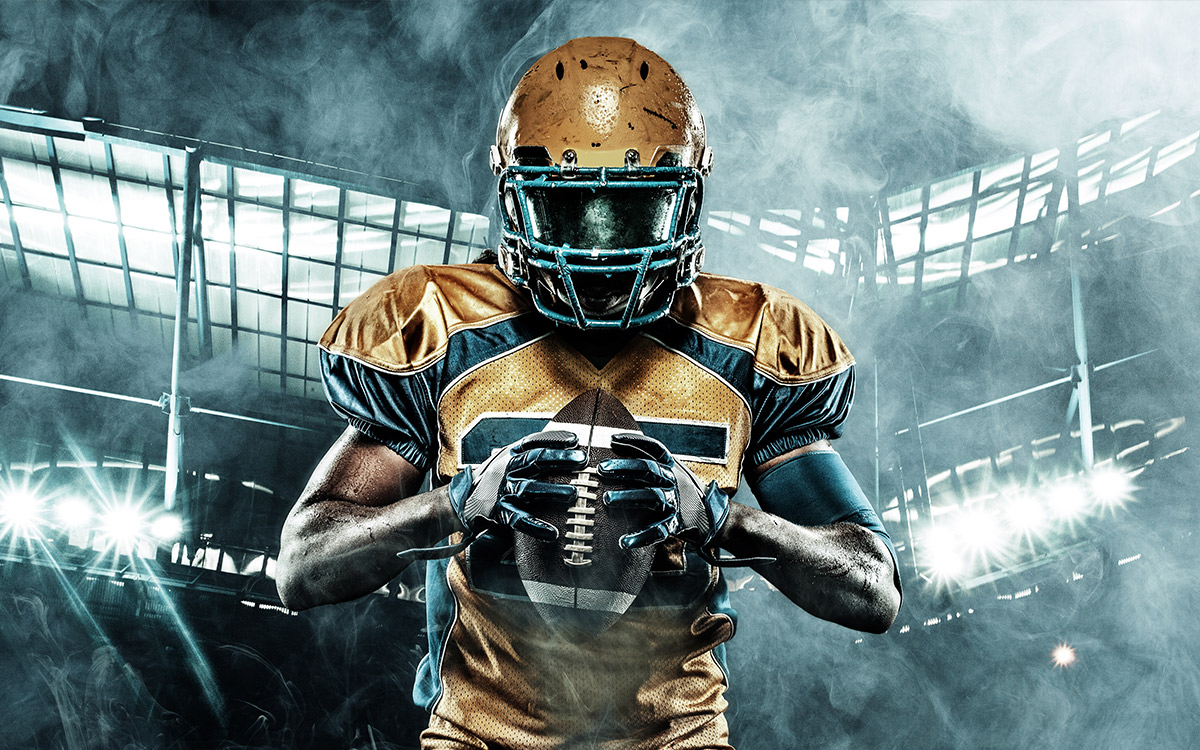 Football season is off and rushing-along with the running debate about whether the sport is safe for athletes, be they adults or adolescents.

“We offer these resources because we see the value of maximizing vision potential for sports and performance, as well as protecting our athletes from eye injuries,” says Fraser Horn, O.D., past committee chair.

Drs. Smithson and Horn and other doctors of optometry spent the summer providing eye care to young athletes and also passing along knowledge on the essentialness of an annual, comprehensive eye examination. Optometry has a role to play in helping athletes compete safely.

“Establishing optometry’s role in managing the visual symptoms of concussion is truly one of the greatest scope of care opportunities that optometry has ever seen,” Dr. Smithson says. “I believe we, as doctors of optometry, should not be on the front line of concussion detection or be the ones controlling the removal or ‘return to play’ scenarios. However, I feel doctors of optometry should be an integral part of the rehabilitation team for those concussed.”

Dr. Horn, associate dean of academic programs at Pacific University College of Optometry in Forest Grove, Oregon, agrees. He also is the team optometrist for Pacific University Athletics and consults with amateur and professional teams.

“It should be a team effort,” he says.

One of the lead authors of an Optometry and Vision Science January 2017 study on return to learn and play noted eye doctors’ absence from multidisciplinary teams that make the decisions about whether students are ready to return to the classroom and playing field post-concussion. In the study, researchers cited the American Academy of Pediatrics recommendation that a multidisciplinary team should be formed to support concussed students. Among the medical professionals recommended for the team are “primary care providers,” but eye doctors are not called out specifically

“Many persons suffering the effects of concussion manifest with visual difficulties,” says Dr. Smithson, who is team optometrist for several Washington, D.C. area professional sports teams. “These can range from blurry vision to difficulty with focus to photophobia to problems with eye tracking, visual processing or multisensory integration difficulties.

“One of my major points of emphasis when lecturing to my colleagues is that all practitioners are already equipped with the tools and testing that they use every day to deal with many of these post-concussive concerns, and they can be therapeutically addressed with basic optical interventions,” he adds.

Says Dr. Horn: “Every doctor of optometry can do an initial assessment in his or her exam lane. Then, if it is out of his or her comfort zone, he or she can refer to his or her colleagues who specialize in vision therapy or neuro-rehab.”

Dr. Horn suggested that doctors of optometry should be aware of state laws, passed between 2009 and 2015, on traumatic brain injuries. Most of the laws focus on sports-related concussions suffered by young athletes.

Still, more can be done, Drs. Smithson and Horn add. Educating athletes, parents, trainers, coaches and others is one way of making sports safer.

Swimming and soccer are other sports that have come under scrutiny because of brain trauma. Dr. Horn recalled that he recently pulled a young athlete from a soccer game after he complained of dizziness after hitting his head on the playing surface.

“As parents, coaches and clinicians, we should be conscious and work endlessly to continue to learn about concussions and evaluate methods to lessen their possibilities of occurrence,” Dr. Smithson says.

Doctors of optometry are well-suited to be integral to patients’ multi-disciplinary rehabilitation teams, the eye doctors say.

“I know of at least two studies currently underway evaluating the link between enhancing visual skills for athletes and lessening incidence of concussion,” Dr. Smithson says. “Studies like these are looking to build on the findings from the University of Cincinnati football study published a couple of years back. That study demonstrated a reduction of concussions on their university football team during the three years where visual skills training was conducted versus the three years prior when no visual skills enhancement was used.

“The theory is that by enhancing qualities-such as peripheral awareness, visual reaction speed and visual spatial awareness-athletes may be better able to identify an impending contact, and be able to compensate with their body positioning to either avoid the blow or turn a more direct contact into a less forceful, glancing blow,” he adds. “These studies, if conclusive, would present another critical mission for optometry in helping to enhance visual skills for youth, pros and other athletes, as well as military, first-responders, and yes, everyday persons, to help them avoid concussions, whether they are sports-related or not.”

Learn more about or join the Sports and Performance Vision Committee’s advocacy network. Doctors of optometry can now mark their Find a Doctor profile with a sports vision designation that will make them more searchable in the doctor locator. Instructions are available here. Find a doctor of optometry with an emphasis on sports vision.